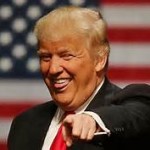 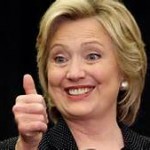 Unless you have been living under a rock, you know the elections are coming up this November. It is becoming more and more important to begin to contemplate who you want to be president of this country for the next 4 years

Even though most of us won’t be voting, we should still be involved with the political race because the result will have a major impact on our futures. So let’s take a look at the two biggest candidates.

Donald Trump, the nominee for the Republican Party in the presidential race, has had a very controversial campaign which has resulted in several outbreaks of violence at his rallies. One of his most well know promise for his campaign is building a wall along the American-Mexican border at Mexico’s expense. He states that this would result in more jobs for the American people because illegal immigrants would not be taking them.

Trump also plans to revive America’s economy. He has a five part plan that he believes will boost growth and lessen unemployment. Parts of his plan include reducing taxes and reforms in trade and energy. He states that Hillary’s reforms will lead to more debt and unemployment and on his website donaldjtrump.com he states that “Trump is the candidate for the future. Hillary is the candidate of the past”.

Recent polls show that Hillary is beating Trump 48.6% to 41.5% according to Huffington Post. He also claims to have a plan to beat ISIL but he refuses to share any of the details. This is a good plan because he doesn’t want to give ISIL any strategic hints.

Opponents to Trump say he may not actually have a plan and he may be hiding it.

Trump has also claimed that if we had, “taken the oil [from the Middle East]… ISIS would not have been formed” in the recent Presidential Forum. He goes on to claim that another reason ISIS was formed because US troops left.

Hillary Clinton is the Democratic nominee for the presidential race. She has had much controversy over her emails in which she deleted about 30,000 emails and emailed, on her own server, sensitive information. She did this while acting as Secretary of State.

It is predicted that Hillary will end up winning the elections, according to most analysts.

Her plan for improving the economy involves several different points. One of which turning “climate change” into a source of wealth which she stated during the Presidential debate on Monday September 26, 2016. She claims that the jobs created in building solar panels and the clean energy would be good for American economy.

It’s important for people to research the issues and candidates themselves so they can have at least a little context and information to know where the future of America is heading. There are plenty of places all of the internet to do research such as mainstream news outlets or blogs.

Whether or not you can vote, it is important to still make a decision on who you are or would vote for.