Join the excitement as basketball season kicks up for the Grace Prep Lions. Returning lettermen are ready for the season ahead.

Every game will be filled with eager students and supporting parents this year.

“I think this win is a great beginning, but we are not gonna settle,” said Head Coach Richie Alfred.

Senior returning letterman Guard Peyton Piccou believes that this season will be special due to the strong brotherhood already built and the relationship with God that they all obtain. The tragic loss to Trinity Christian last year in the final four brought the returning varsity lettermen back with so much fire and will to win causing all the new players to play harder for one another.

“Our intensity level in practice gives us a brief overview of what our season will look like, and from what I’ve seen, we will be great,” Piccou said. “With our skill we could easily demolish any opponent from 3A to 6A.”

Another returning senior Forward Sheldon Reynolds feels confident about his team this year and promises great results this upcoming season.

The varsity team not only practices 2 hours every day, but they spend time outside of school to build a strong bond with each other so when it comes time to play, they will not only be playing for themselves, but will be playing for each other. Nobody will want to let one another down, resulting in hard work 100 percent of the time. 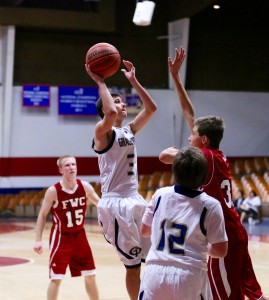 The athletic director and basketball Head Coach Richie Alfred has a good feeling about his group of guys this year. According to Coach Alfred, a state championship awaits ahead for the grace prep lions.

“On Thursday we played FW Christian and we successfully took an easy win,” said Coach Alfred. “Not only did we not even play to the best of our ability, but we did not have a full roster due to the fact that our football players are still in season.”

Grace Prep is very fortunate this year to have a team so dedicated to win. Two years ago, watching Grace prep basketball was like a trip to the doctor, nobody wanted to go. The Crowd was filled only with parents or the opposing team’s students. Just over two years that has changed dramatically. At just a scrimmage nearly a whole side of the gym was filled with Grace Prep supporters.

The varsity lions are ready to pounce for the championship trophy. Come support the Lions this year and get ready for an exciting season. 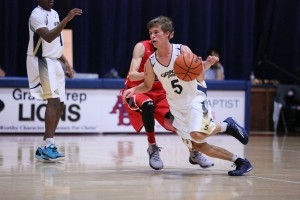 By Jonathan Marks 11 months ago

By Holden Rodgers 1 year ago