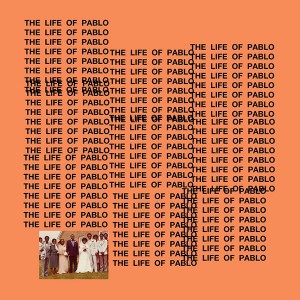 The Life of Pablo is Kanye West’s most confusing album to date. The title was changed three times leading up to release (R.I.P. “So Help Me God”), and the tracklist went through even more transformations, shifting songs around, renaming songs, adding and dropping tracks, etc.—the list goes on.

Put plainly, everything surrounding this album is an absolute mess, and at first listen, the album itself seems to follow the same trend. There seems to be no central theme or cohesion between tracks. Styles sporadically shift from gospel to trap to industrial to classic hip-hop and no single style steps up to assert dominance.

Where West’s 2008 release 808s & Heartbreak pioneered auto-tuned vulnerability and 2013’s Yeezus introduced an abrasive, loud, angry Kanye, The Life of Pablo doesn’t attempt to uncover any new ground. Rather, it draws from every chapter of West’s eclectic discography, shoves them into a room together, and tells them to behave. This sounds like a disaster waiting to happen, but this is where the hidden beauty of The Life of Pablo makes itself known.

The opening track, “Ultralight Beam,” features a heartfelt and subdued Kanye asking for “serenity” and “peace” before a gospel choir overtakes the chorus in one of the most powerful moments in a Kanye West song since “Runaway.” The same central theme from that song is also present here: a recognition of brokenness. But rather than repeating the self-loathing anthem of “Runaway,” “Ultralight Beam” seeks to redeem the brokenness and recognize dependance on a higher power.

In the middle of all of this, Chance the Rapper offers the only rapping on the song, alluding to his own success and vision as well as his host’s, including a reference to West’s own verse on Watch the Throne cut “Otis” (“I made ‘Sunday Candy’ I’m never going to Hell / I met Kanye West I’m never going to fail”). And just when it seems “Ultralight Beams” is finally winding down, gospel artist and Fort Worth-native Kirk Franklin makes an appearance in the form of a prayer, praying for those “who feel like they’re too messed up.”

After the trap-influenced, two-part “Father Stretch My Hands,” the album’s centerpiece comes in the form of “Famous.” On the hook, Rihanna personifies fame through her own rendition of Nina Simone’s “Do What You Gotta Do” (“I can understand how it might be / Kind of hard to love a girl like me”), as West glorifies his fame, even going so far as to claim responsibility for Taylor Swift’s fame.

The album’s feel-good, upbeat moments come in the forms of “Highlights” and “Waves,” featuring guest spots from Young Thug and Chris Brown, respectively. On the former, West returns to auto tuned hooks, backed by an arrangement of strings and piano not unlike 2007’s Graduation, and then takes a backseat on the heavenly “Waves,” letting Chris Brown take the spotlight.

“Feedback” recalls the abrasive industrialism of Yeezus, as West accuses his audience of “sleeping on your boy,” before interjecting with a bizarre Oprah Winfrey impression. Humorous moments like this are a recurring theme throughout The Life of Pablo, notably on the self-aware “I Love Kanye,” as West mocks his fans, rapping, without any musical accompaniment, “I miss the sweet Kanye / Chop up the beats Kanye” and “We still love Kanye / And I love you like Kanye loves Kanye,” delving into full meme territory.

The three-song run of “FML,” “Real Friends,” and “Wolves” contains West’s most introspective lyrics in years. “FML” gives his first blatant confession to being clinically depressed, rapping that there’s nothing crazier than when he’s “off his Lexapro,” a prescribed antidepressant. This depressed state bleeds into “Real Friends,” the most musically straightforward song on the album, as West laments the lack of true friends and family left in his life.

The mess and confusion of his life and fame has alienated the people who used to care about him, and now all that’s left are the people who only want to use him for his abilities. The whirlwind of his life parallels that of every song on the album leading up to “Real Friends,” the culmination of every self-obsessed, fame-engrossed piece of his mentality, resulting in loneliness and pain.

To close the main body of the album, “Wolves” captures West at his most lonely, with a me-against-the-world attitude to go along with it, likening his wife, Kim Kardashian, and himself to Mary and Joseph (“What if Mary was in the club / Before she met Joseph with no love”). West and his family are pictured as prey “surrounded by the wolves” of fame constantly threatening to tear them apart. “Wolves” also includes the most important guest feature on the entire album, as Frank Ocean returns from hibernation to flawlessly sing the outro.

Everything that follows appears to be presented simply as bonus material. Despite this, this is where West delivers his best pure rapping on whole album. “30 Hours” is a breakup song filled with quotable lines and an adlib outro accompanied by André 3000.

West collaborates with Kendrick Lamar for the first time on “No More Parties In LA,” delivering a non-stop verse clocking in at almost three minutes over a beat from legendary producer Madlib. “Fade,” while enjoyable and undoubtedly bound to stay in the club-heavy rotation, is where West is his most absent, leaving Ty Dolla $ign, Post Malone, and the repeating Rare Earth sample to carry the track.

On the surface level, The Life of Pablo doesn’t make much sense. Rather than a traditional album, it tends to resemble a greatest hits album of songs we’ve never heard, but that’s exactly the point. The album is a contradiction of styles as well as themes, alternating between submissive and boastful, in much the same way Kanye West himself is a walking contradiction. He’s confused, conflicted, and often crosses the line when speaking his mind, and The Life of Pablo reflects all of this. The apparent lack of cohesion and focus reveals itself as an incredibly intentional collection of songs that capture the essence of Kanye West. It’s his first album where he is free to simply make music, as he’s already proved he can tackle whatever concept he desires.

The Life of Pablo is now streaming exclusively on Tidal.com