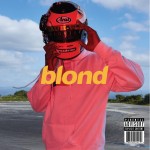 Frank Ocean hasn’t shown his face in four years until now, so his return has been an important one. Practically a ghost to the industry, he has made his long awaited return after a series of false release predictions, misinformation, and album name changes.

The release of Blond(e) is confusing to follow at first, but for fans awaiting his return, it is a priority to keep up. Blond(e) was expected to drop on August 5th as The New York Times had reported, but fans experienced another disappointment. On August 1st, Ocean’s website boysdontcry.co displayed a stream showing an unexplained workshop/warehouse, with an unknown person(s) working in the background.

Ocean’s self-expression goes beyond his songs and encompasses his lifestyle as a whole, separating him from many artists and giving him a unique energy. The album’s title Blond(e) references the dualities of feminine and masculine. He displays this through his cover art which features the masculine Blond, while in Apple Music it is stylized as Blonde.

Blond(e) holds a large list of collaborators, which is unexpected and rather strange considering how low-key the release information of the album has been. The majority of artist contributions are very subtle, with only a few distinct features. As the album progresses through its 17 songs, the more experimental and just plain strange tracks reveal themselves as it takes unexpected and fresh paths.

The opening track “Nikes” begins the album with pitched vocals and a hollow drum track as Ocean warns against the dangers of the modern culture of greed and the false image people tend to have of materialistic things.

He also delivers a line paying homage to the death of Florida teen Trayvon Martin on the track which brings contrasts to the mellow, non-confrontational sound of the song overall. Tracks like “Solo” experiment with organ chords that progress with a faster, more modern pace that many would not associate with the gospel-reminiscent noise.

“Pink + White” is another track that stands out instrumentally, featuring background vocals by Beyoncé. While faint, her voice accents the song as it progresses and Ocean goes through memories of his youth and someone now deceased that played an important role somewhere in his life.

Where the album feels slow and delivers abstract messages, the tenth track “Solo (Reprise)” provides the albums biggest and most obvious guest appearance as Andre 3000 spits out a fast and concept-filled verse that demands attention.

Here, Andre looks back at how he used to perceive the music industry and how it disappointed him to see its difference from the creative and inspiring world he expected. He also mentions his issues with materialism and how he wishes to stay low and away from the mainstream, as well as how violence (specifically police brutality) is so commonplace nowadays that is no longer “an event.””

At first glance, the majority of the album seems lyrically plain and inward-looking with few exceptions. It also shares a largely nostalgic mood similar to a few of his past projects.

This isn’t unsatisfactory, however, as Ocean’s ability to tell a story has improved and his past provides a relatable and colorful story. Many of the songs also hold a deeper message beyond the definitive meaning of his words, as Ocean tackles issues he has with society and himself.

Instrumentally the album stays minimalistic and smooth, highlighting Ocean’s adept voice and deep interpretation of modern life. The third largest debut of 2016, Blond(e) stands at the 14th position on the Billboard 200, with its peak at number one. This is a first for Ocean and an indication of its relative success.

The album is currently streaming on Spotify and Apple Music, and is recommended for mature audiences.

By Macie Morrison 3 months ago

By Stephanie Hall 4 months ago

By Shea Pulaski 7 months ago